The Vaccines - What Did You Expect From the Vaccines? 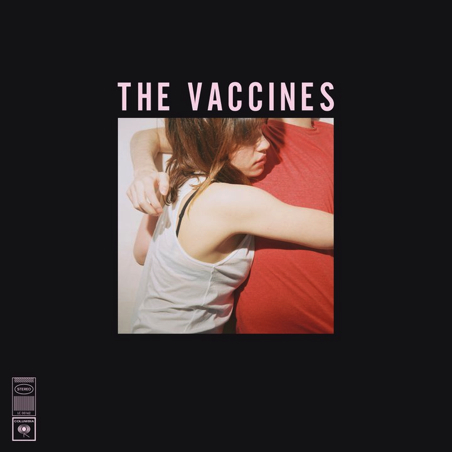 Late last summer, months before the Vaccines had gone on to grace the front of the NME above a cover line heralding "The Return of the Great British Guitar Band," the magazine's website was already reporting concerns about the London band getting over-hyped. After the feverish debate that quickly ensued in the UK music press, such talk has come to sound like a self-fulfilling prophecy. Among the Vaccines' detractors, meanwhile, hardly a review deadline goes by without some pun on the quartet's debut album title, What Did You Expect From the Vaccines?


The Vaccines, much to their credit, are savvier about expectations than their champions and critics alike. Led by singer Justin Young, who previously played indie-folk under the name Jay Jay Pistolet, and guitarist Freddie Cowan, whose older brother is in the Horrors, these guys know firsthand how hype can be a double-edged sword-- one that has already propelled their meat-and-potatoes pub rock near the top of the UK album charts, to uncertain impact on their long-term reputations. The real joke of the album title, after all, is that it raises the same question the band posed of "Post Break-Up Sex" on their bombastic, pleasant-enough second single.

The answer, on that song, is that we should expect a chance to forget our past loves for a little while, followed by a sense of overwhelming guilt. For better or worse, there's nothing here that warrants either such reaction, let alone the paroxysms of hyperbole going on in the British press. Sure, the band's buzzing guitars, thick reverb, and bouncy rhythms lack any particular spark of originality that might help listeners avoid compulsively thinking of names like Ramones, the Jesus and Mary Chain, or, yes, the Strokes. Then again, there's no shame in catchy, concise, sharply executed tunes that communicate mildly fresh takes on relationships, either-- and this album has more than a few.

The Vaccines are at their best when they're upbeat, flecked with surf, and surprisingly hard to get out of your head. Take "If You Wanna", which bops likably along like a somewhat higher-fidelity Best Coast as Young warbles about an ex he'd take back in a second, or "Nørgaard", a playfully loutish ode to a Danish model. But there's also "Blow It Up", which borrows from the Beatles' "I Should Have Known Better" a little too blatantly to enjoy in its own right. "Under Your Thumb", for its part, appears to take critic Ellen Willis's argument that the Rolling Stones' similarly titled tirade actually isn't sexist as a challenge to write a song about a man completely submitting to his (presumably, female-- name's Eleanor, anyway) lover.

It's easy enough to imagine the Vaccines' slower songs going over well with an outdoor crowd drunk on sun and beer. Previous NME favorites Glasvegas already have the "swooning anthems with girl-group beats" thing pretty much covered, but the Vaccines do it here twice: over droning organ on "Wetsuit", which again recalls the U.S. beach-pop crowd, and then another time on the dreary "All in White", which occupies much the same U2-echoing expanse as lesser bands the Temper Trap or White Lies. The most awkward moment is slo-mo finale "Family Friend", which builds to an embarrassingly neutered wall-of-noise crescendo. In a final possible reference to Best Coast, Wavves, and their stoned sunshine set, Young wonders aloud if everybody really feels "as high as a kite": "Well, I don't really know if they do, but they might." An old "MADtv" sketch comes to mind: "Lowered Expectations".
Posted by Marc Hogan at 2:39 PM